Between Philosophy and Future 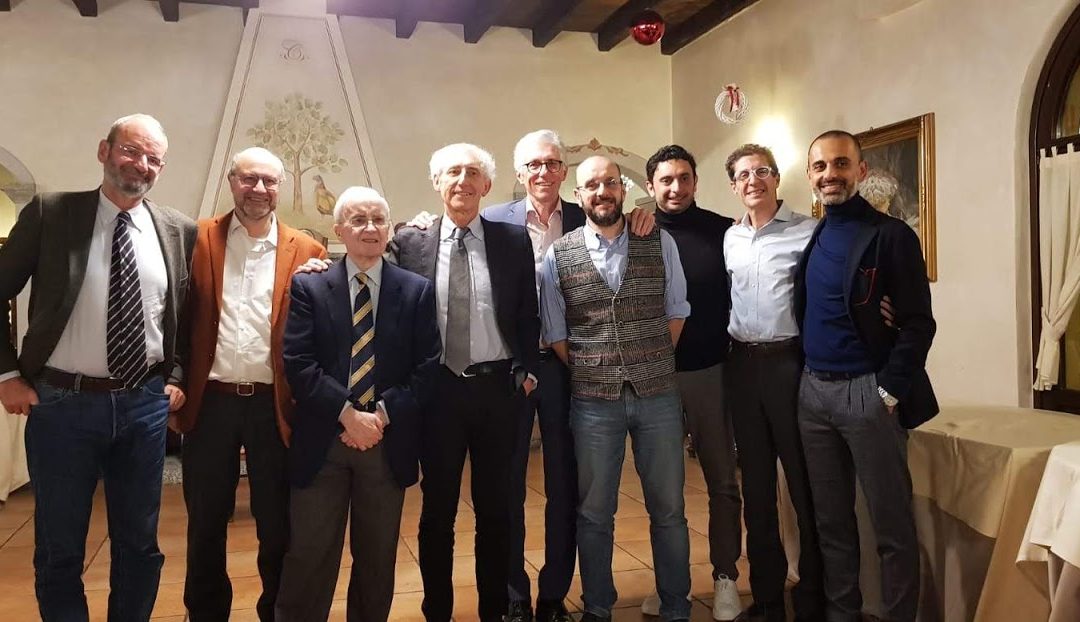 “During the pre-game speech I used to say three things to my players. No more.

During the half-time speech only two. In time-outs just one.

The coach’s job is to simplify the life of the players, not to complicate it. “

When coach Dan Peterson says something, he always has the extraordinary ability to summarize a huge thought in a simple and unforgettable slogan. His natural magnetism has remained intact since his arrival in Italy, and so is also his ability to confront different generations, giving listeners a link to the past, able to tell something about their present and future.

The traditional Christmas dinner of the Moxoff group was an opportunity to collectively reflect on the aspects of the Math&Sport philosophy, because the last year opens the doors to new horizons, new challenges and new important responsibilities. The legendary American coach opened the debate, claiming the paternity of a series of innovations in the statistical analysis of the performance of his players on the court. 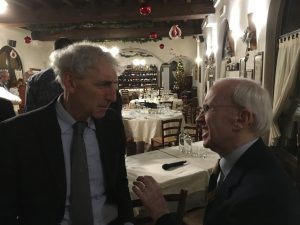 “When I arrived in Italy we were light years behind and I wanted to go beyond the simple basic statistics, so I called an American mathematics professor to study a method capable of showing the true impact of a player on my team results. The only thing I haven’t been able to do is choose a catchy name. – Dan laughs – Today it’s called plus/minus and for all the professional teams in the world, it’s the base statistic to understand the progress of a game. Data is needed and the search for quality information has always been something fundamental to improve the level of coaching “.

The story introduces the topic of the evening: the need to understand the past to try to foresee the dynamics of our future. The dialogue between the guests proceeds, the microphone goes to Davide Mazzantiand Mauro Berruto, two leading figures in the Italian sports scene and among the first supporters of M&S. Mauro, a transversal professional and an eclectic thinker, recollect the founding myth of our company:

“I saw the Professor Alfio Quarteroni in a conference; I went there without any particular reason, just for personal interest. The topic was the blood circulation and I was so fascinated by the power of the professor’s lateral thinking to insist on intercepting him at the end of the evening. I still didn’t know how we could bring that level of mathematical complexity into volley, but it seemed clear to me right away that it was a potential paradigm shift. And that’s how we started. “

The innovations of M&S and the creative inspiration of Berruto have come closer, in the search for a shared purpose: to build tools capable of helping the coach in interpreting the future, using information from the past.

“If I am asked to predict tomorrow’s weather, December 10th, have all the information on past years in the archives, allows to give myself a brief idea of ​​what I will find in front of me.

It will probably be cold, maybe it will rain.

But it’s not enough, because one thing is to observe and collect data, it’s quite another thing to collect and analyze. What really changed the perspective was to start wondering: what should I do to transform old data into information for the future?”

A long research path, constantly updated, which has led, over the years, to the creation of futuristic instruments, which today make M&S a true innovative force in Italian sport. In volleyball, for example, alongside the coach Davide Mazzanti, in his search of a perfectly optimized performance.

“After months of work side by side, we brought the instrument to the bench during the Pre-olympic tournament in Catania, and it went pretty well. We took the pass for Tokyo at the first opportunity, and playing a splendid volley among other things.” Davide shared part of his particular vision of sport with all those present at the event, highlighting the unique triangular relationship that occurs in real time during a game between: staff, data and athletes. “The relationship with each athlete and with each group is different, and always follows the personal inclinations of the girls. Man is at the center of the decision-making process. Having such a sophisticated tool at my disposal allows me to always refine the search for a perfect dialogue with the players, because the data collected gives me an objective, clear analysis, which in moments of maximum stress turns into a clear indication. For me and for the athletes. ”

It’s impossible then to leave aside a final reflection on football and on the brand new Football Virtual Coach, whose adoption by the Lega Serie A, gave enormous media attention to the work of Math&Sport. Many were the arguments able to stimulate those present and open windows on the future, thanks to Adriano Bacconi and Lorenzo Dallari, speaker of the evening. None more inspirational, however, of the one with which Professor Alfio Quarteroni wanted to close the meeting, offering all collaborators a philosophical vision of the next steps that await the staff:

“When we move into frontier territories it’s normal to expect a first wave of skepticism, which generates questions rather than admiration. It’s the story of the development of the human race, not just that of sport.

Today when you go to the hospital it’s impossible to imagine leaving without a picture-based exam. X-rays, CTs, resonances. All technologies, that today we consider essential, but which at the time of their creation had to face opponents.

What is really needed to give substance and credibility to a revolutionary work is the ability to bring success stories, practical applications of our discoveries, to win the undecided and avoid the risk of self-referentiality ”.

On these points of reflection for the future, we take the opportunity to wish happy holidays.

The staff of the Moxoff group.

The guests of the event and the Moxoff staff