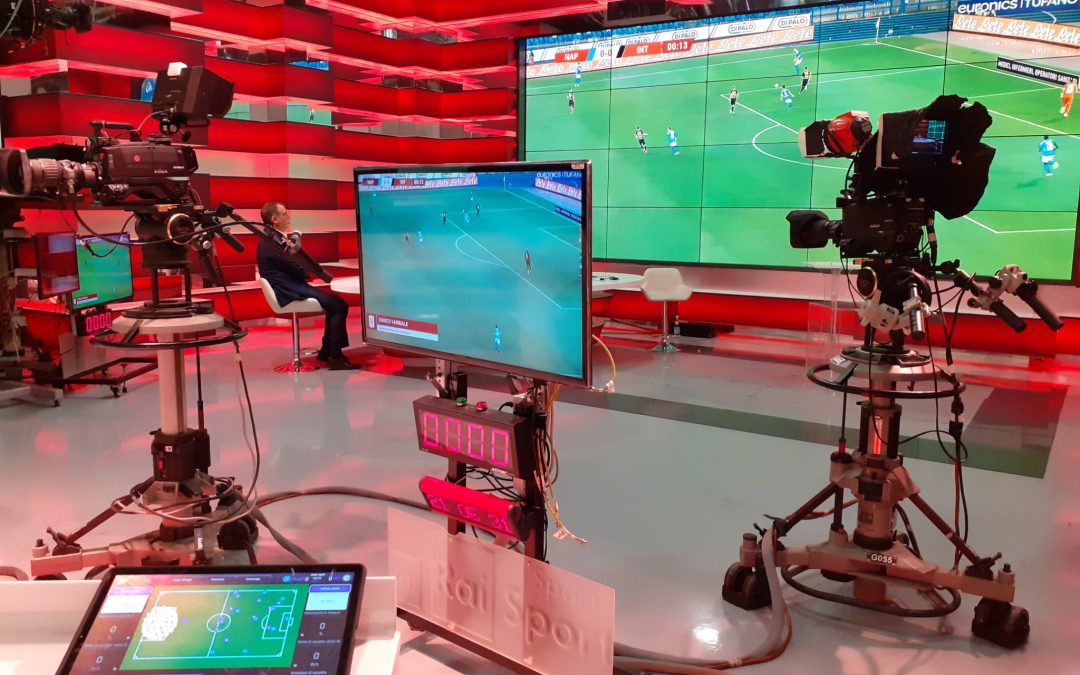 After the official presentation last November in Barcelona together with Lega Serie A and then his debut on the field in February with the tablet made available to the first technical staff of Serie A teams, today the Football Virtual Coach will have another baptism: his data and analysis will be made available to RAI journalists who will comment on the Coppa Italia Final and to all fans watching the match on TV.

For the first time in Italy, real-time analysis made by artificial intelligence algorithms will feed graphics broadcast during the game, on all national and international broadcasters. In addition, a tablet similar to the one that teams usually use during the Serie A championship will be available to journalists in the RAI studios of Saxa Rubra.

The Football Virtual Coach, a complex artificial intelligence system capable of analyzing the millions of data produced by video tracking systems during the race, was developed by Math&Sport as part of Vodafone’s Action for 5G program. It allows you to analyze every aspect of the match in real time and also discover the so-called “invisible side” of football. For example the pressure received by players in a certain area or their pass availability. And then evaluate not only the technical aspects (passes, shots, etc. …) or performance (km run, sprints, etc. …) of a player or an entire team, but above all their tactical attitude!

From tonight, the world of football goes one step further. And, starting from next week, the staff of the Serie A teams will resume using the Football Virtual Coach as a tool for live interpretation of the match and therefore to support the decisions of analysts and coaches.

But this isn’t over. We will see more news in the coming months. New augmented reality and second screen solutions developed by Math&Sport as part of Vodafone’s Action5G Program are ready to offer a spectacular experience at the stadium and at home.

Ottavio Crivaro, Founder of Math&Sport, expresses all his satisfaction about what will be seen tonight with these words: “Our mission, since we were born, is to enhance big data in sport to generate unique insights in real time. When these moments arrive, when our analysis are made available to a great number of people, the tension rises to the stars but at the same time the satisfaction is great. We hope to continue on this path, perhaps rising the interest of big realities of the sector, to grow even faster”.