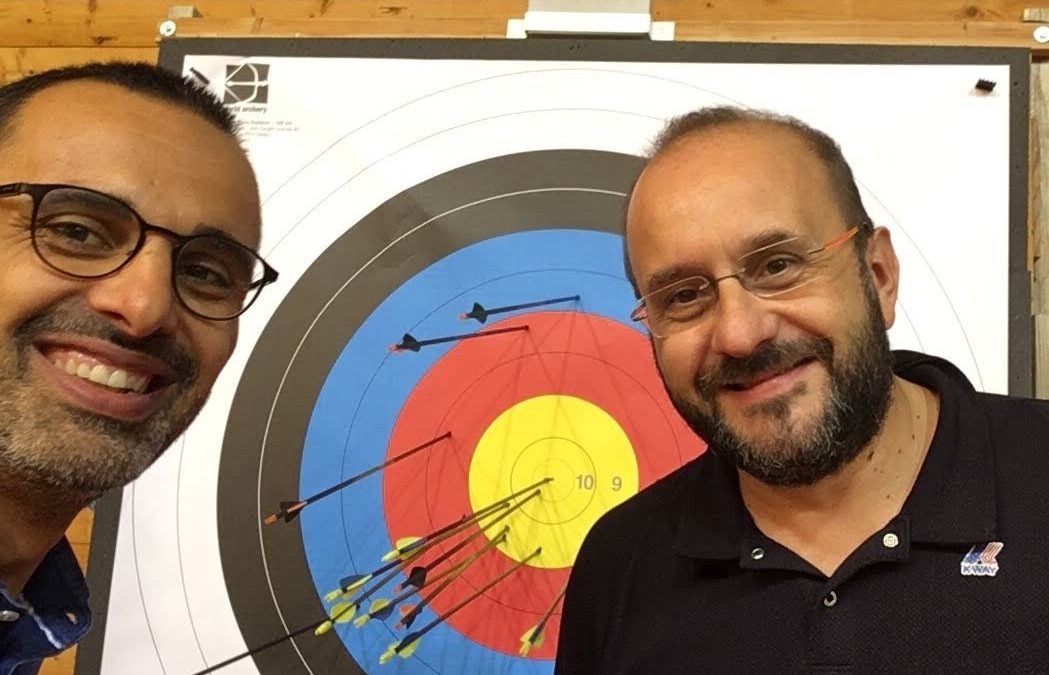 Mauro Berruto was coach of the Italian men’s national volleyball team and is now the technical director of the Italian Archery Federation. This is a short abstract of our interview to him.

Mr. Berruto, how did you get into mathematics applied to sport?

My first meeting took place during a conference in which I heard Alfio Quarteroni speaking. The topic concerned a series of projects on the medical theme on which Moxoff (a spin-off of the Polytechnic of Milan from which  Math&Sport was born, editor’s note) was working. I remember that he also showed some projects developed in sport, in the field of sailing. So it occurred to me that there were interesting elements to bring to my world, which at that time was volleyball. In fact, at that time I was working for the Italian men’s volleyball team.

And then what happened?

I contacted Alfio Quarteroni, who told me that Moxoff’s managing director, Ottavio Crivaro, was an ex volleyball player. So I invited him to a retreat in Cavalese and we started to share impressions and ideas. Both Ottavio and I took it very seriously. In volleyball there is a very refined culture in terms of collecting statistical data. However, this data often refer to previous matches. We turned the habit upside down a little, going from a pure statistical analysis to an algorithmic analysis.

What was the idea?

The idea was to feed algorithms with information that could put these same algorithms in a position to predict the behavior of a setter in certain situations. We called this experiment ‘The Autocue’. As the figure of the autocue in the theater, we tried to figure out if I could have had on the bench an instrument that could provide me in real time with the possibility of forecasting what the setter would have done, not studying it on the basis of what he had put in place in the past but that could predict its behavior in certain situations. In short, we were trying to figure out if the algorithms could behave a bit like an oracle!

Were the results good?

This work led to incredible results, which went far beyond our expectations: we came to have percentages of correct answers that exceeded 90 percent. There was great enthusiasm, because we were generating something completely new and cutting-edge. We worked hard to refine this algorithmic research and the results obtained aroused some interest not only in volleyball world but in many other sports worlds. And so Math&Sport was born. That’s why I feel a bit like the godfather of this beautiful reality.

In archery what project did you develop?

When I started my job in the Archery world, one of the first phone calls I made was of course at Math&Sport. Also in this discipline I had identified interesting situations where a study of mathematical analysis could be useful to us. So far we are working on this new and very innovative project related to archery. We called it ‘Polyphemus’, because the target is somewhat reminiscent of the Cyclops’ eye. The software automatically identifies, through algorithms, the point of impact of the arrows on the target and therefore the score. The archer doesn’t have to do anything other than start the training session by indicating his name and then finish it. In this way, the shooter has at his disposal a database with information on his performance in a decidedly shorter time than would have been necessary to collect all the data by hand. Now we are already thinking about how to trace the behavior of arrows in flight! I am very happy to participate in this project too!

How can the work of the coach be reconciled with the algorithms?

All these studies and information make sense if I, as a coach, can deduce training principles. In volleyball we succeeded all right! Mathematics studies a model and returns important indications to the coach. The coach in turn must be able to transmit those indications to the athlete. I believe that mathematics, like many other sciences, allows us to improve our performance and therefore to win more!

Last question, Can sport be a testing ground for innovation?

Sport is in fact a great laboratory for all innovations, both in practical and metaphorical form. Sport is the school of many things, even of thought.