“MOVIDA” With the Volleyball National Team at Alassio (SV) 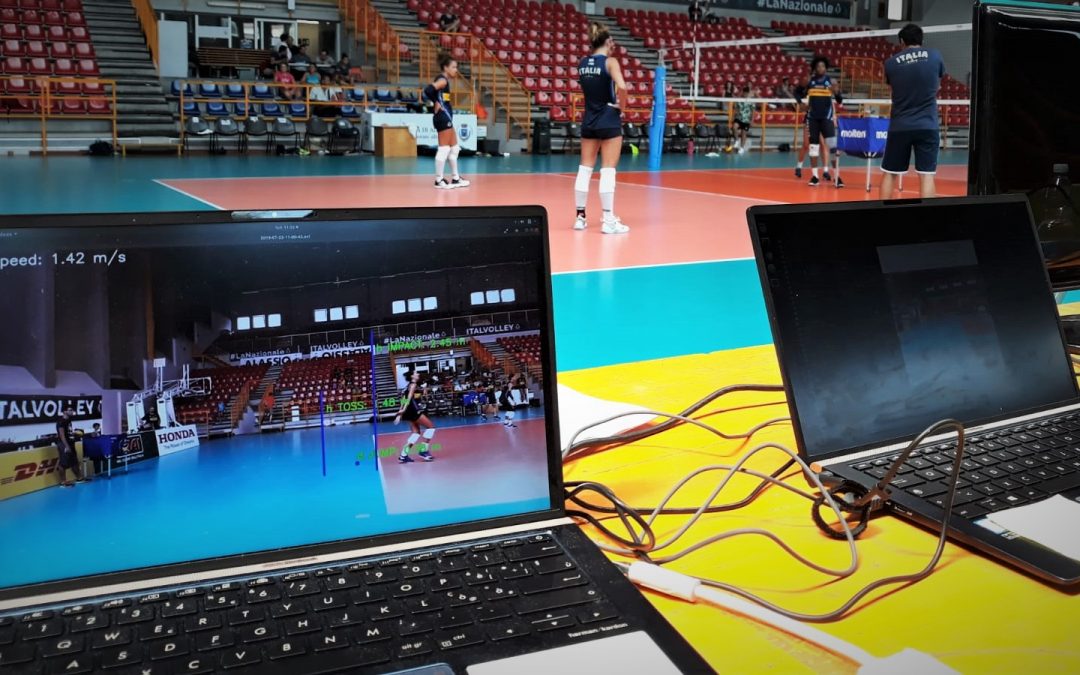 “MOVIDA” WITH THE VOLLEYBALL NATIONAL TEAM AT ALASSIO (SV)

For the first time, MOViDA Real time was used: live performance data analysis on the serves’ of the players, with one goal: Tokyo 2020

On Sunday the 14th and Monday the 22nd of July, Math&Sport and MoxOff staff have been in Alassio (SV) for two sessions with the technical staff of Davide Mazzanti’s national volleyball team. Objective of the work: improvement of the serve thanks to the use of “MOViDA”, the software created by Math&Sport which, thanks to a series of cameras positioned on the playing field and to the use of specific algorithms, is able to give detailed feedbacks to the athlete on the ball curve and the trajectories of the wrist, arm and other body parts. This type of Analysis helps the players to identify the strengths and weaknesses of the technical gesture in order to find the best possible effectiveness in the service.

On Sunday, July the 14th, Math&Sport team collected a considerable amount of data that was analyzed during the following week at the Milan offices. On Monday 22nd July, the new MOViDA Real Time system was introduced for the first time: using the parameters recorded on Sunday, the Math&Sport team provided feedback in real time to the players, comparing the live performance with the data recorded in previous sessions. A revolution that has aroused very positive opinions from all the staff, including athletes, on the way to the Olympic Qualification tournament in Catania next August.