Technological developments for the sports industry – 3/3 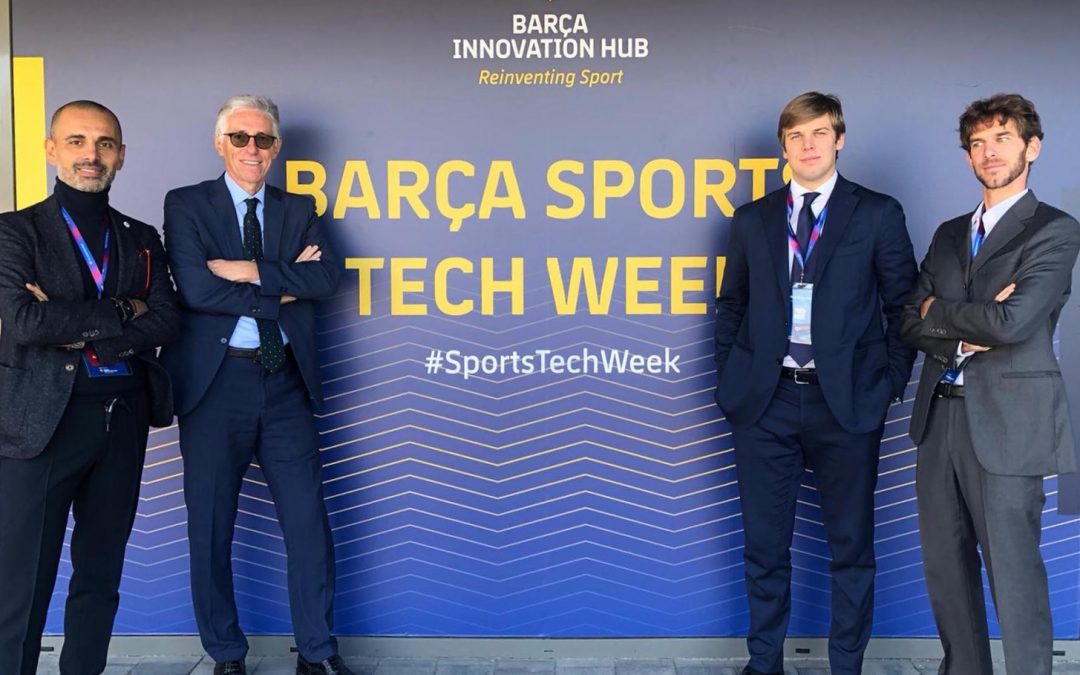 Today we’ll end our analysis of the most interesting points that emerged in the November events.

Two major events have hosted the Math&Sport staff in recent weeks, invited to presen this contribution to change and his vision of the main development trends taking place in the sport sector. The Barca Sport Technology Symposium, held at the Camp Nou and the Social Football Summit in Rome.

Precious opportunities to share the stage with some of the top international players, brainstorming about the future perspectives of technological innovation in sports.

If you haven’t read the first chapters of the report yet, at the following link you can find the article:

Starting from these preliminary assessments, is becoming established in sports the indispensability of the data-interpretation tools, capable of supporting the decisions of the coaching staff in real time during the competition.

The particular nature of some disciplines can increase or decrease the incidence of these tools and the work of analysts, depending on the different peculiarities of the game’s dynamics. Some sports have been using advanced statistics and mathematical models since several years, favored by a court dynamics that is better suited to be collected, described and analyzed in the form of numerical-statistical indication.

The case of American baseball is certainly the most striking, summarized beautifully by the movie “Money Ball”, starring Brad Pitt; but certainly not the only one. For example, in Australian football, widely followed at home but less known in our latitudes, professional teams make use the simultaneous presence of numerous analysts, sometimes more than ten, to offer in real time a detailed mathematical analysis of what is happening on the court.

Later on, the continuous research carried out in the sector has allowed the development of machine learning mechanisms capable of helping in the tactical interpretation of sports with a more complex and stratified dynamic.

The adoption by the Lega Serie A of the Football Virtual Coach, whose presentation took place right between the two events of Barcelona and Rome, testifies the desire to move precisely in this direction. Provide the staffs with a new tool at the service of anancient knowledge: the game of football.

As underlined in the other main areas of technological development, also in this case, the human component remains at the center of the process, and is the essential driving force for the development of all technical-tactical dynamics.

The Football Virtual Coach, which has stimulated a public discussion in recent weeks, aims to support staff in creating their own game plan and implementing it in real time during the competition, basing its revolutionary potential on the specific needs of the coaches.

The main strength of the instrument lies, in fact, in the infinite possibilities of customization, which make the final product a unique piece, perfectly modeled on the particular needs of the team. Each technical staff will have a direct line with the Math&Sport engineers, to set their own version of the Virtual Coach, built in order to be able to respond to the precise directives decided by the coach.

Each coach has his own philosophy, his tactical convictions and clear ideas about the indicators that he needs to monitor to assess the actual effectiveness of his gaming system in real time. When a coach designs and sets up a team, he does it using some statistical evaluations he considers priorities, as well as relaying on the experience and sensitivity gained during his personal journey.

And it’s exactly this particular vision of football, individual and collective heritage of the Italian technical school, recognized throughout the world, that the Football Virtual Coach is designed to support. Each protagonist of the bench will be offered of an instrument created following his instructions, aimed at helping him to monitor the statistical aspects of the game that he considers fundamental for his own, unique, idea of ​​football. Starting from an incredible amount of data, which is collected and updated live every 40 milliseconds, the tablet on the bench intervenes with simple push notifications only to signal trends chosen directly by the staff, to intercept the upcoming dynamics of the game and facilitate their decision making.

The Virtual Coach, despite an intuitive and immediate interface, is a tool with a complex architecture, capable of adapting to all the specific needs of the single teams and their coaching staff. For this reason, exploring its technological limits and learning to use its full potential will be the first step forward to be able to use it as a real performance optimizer for players.

The future of technology in the sports industry follows clear development dynamics, aimed at highlighting the centrality of the human component, allowing it to express itself at its best.

Connected and renewed stadiums, applications for augmented reality in the hands of the fans, innovative and advanced scouting systems and the customization of statistical analysis products in real time, are just some of the most interesting realities of the sport of the future, whose dynamics of growth are based on the belief that a futuristic technology is the real secret for protecting the creativity and enjoyment of the protagonists involved.